Diamond Is Unbreakable (Japanese: ダイヤモンドは砕けない, Hepburn: Daiyamondo wa Kudakenai, sometimes translated as Diamond Is Not Crash[2]) is the fourth story arc of the Japanese manga series JoJo's Bizarre Adventure, written and illustrated by Hirohiko Araki. It was serialized in Weekly Shōnen Jump for a little more than 31⁄2 years, from April 21, 1992 to November 13, 1995, with the 174 chapters collected into eighteen tankōbon volumes. In its original publication, it was titled JoJo's Bizarre Adventure Part 4: Jōsuke Higashikata.[a] It was preceded by Stardust Crusaders and followed by Golden Wind.

This arc is notable for introducing the Stand Arrow, which causes anyone pierced by it to develop a Stand if they are mentally strong enough. The Arrow was retroactively revealed to be the source of DIO's stand as well as the Joestar family's stands. The arc was adapted into an anime television series by David Production, JoJo's Bizarre Adventure: Diamond Is Unbreakable, that began in April 2016.[3] A live-action film adaptation by Toho and Warner Bros. titled JoJo's Bizarre Adventure: Diamond Is Unbreakable Chapter I was released on August 4, 2017. Viz Media released the manga in English in a nine-volume compiled format from 2019 to 2021.[4]

In 1999, in the town of Morioh[b] located in S-City, M-Prefecture,[c] a freshman named Koichi Hirose meets a man looking for Josuke Higashikata,[d] local high school student. Josuke, who is the illegitimate child of Joseph Joestar, soon encounters the man, who introduces himself as Jotaro Kujo. Josuke reveals that he possesses the Stand Crazy Diamond, which has the ability to return any object or living creature to a previous state (though he cannot use it on himself or revive the deceased with it). After Jotaro inadvertently insults Josuke's outdated hairstyle, the two fight, with Jotaro explaining to Josuke he is one of many Stand users and that he is searching for the Bow and Arrow, an artifact that creates Stands. Josuke and Koichi eventually come across a pair of Stand-using brothers, Okuyasu and Keicho Nijimura. Keicho, the older brother, shoots Koichi with the Arrow, which nearly kills him. When Josuke heals Koichi with Crazy Diamond, he develops a Stand, Echoes. After Keicho and Okuyasu are defeated, Keicho is killed by the Stand Red Hot Chili Pepper, which takes the Bow and Arrow. Okuyasu then joins Josuke's group to avenge his brother, encountering several other Stand users before they eventually find and defeat Akira Otoishi, Red Hot Chili Pepper's user, as Joseph arrives in Morioh. The Bow and Arrow are taken into Jotaro's custody and all seems to be over for the moment.

Soon afterward, after Josuke tries spending time with Joseph, the group encounters other Stand users such as eccentric manga artist Rohan Kishibe, middle schooler Shigekiyo "Shigechi" Yangu, and an beautician named Aya Tsuji. Koichi and Rohan later stumble across the mysterious Ghost Alley, where they meet the ghosts of Reimi Sugimoto and her dog Arnold; They learn that Reimi and Arnold were murdered a decade ago by a serial killer who is still lurking in Morioh. The culprit is eventually revealed to be a handsome office worker named Yoshikage Kira, who seeks to satisfy his murderous urges while living a peaceful, quiet life. Kira has acquired a Stand named Killer Queen, which has the ability to turn anything it touches into a bomb. He is discovered by Shigechi, who he promptly murders, but his impulsive cover-up leads to a brief battle with Jotaro and Koichi in which Kira is injured and later cornered by Josuke and Okuyasu. Facing certain defeat, Kira uses Aya's Stand to assume the identity of a man named Kosaku Kawajiri, kills them both, and disappears. Kira's father Yoshihiro, a ghost who uses his Stand to live on in a photo, uses a second Bow and Arrow to create an army of Stand users to protect his son, including a dying cat that reincarnated as a Stand-plant hybrid named Stray Cat, which shoots bubbles of compressed air at its target.

Kosaku Kawajiri's son Hayato begins to suspect that his father has been replaced by an impostor and confronts Kira, who responds by impulsively murdering Hayato. While panicking that he will be discovered, Kira is pierced by Yoshihiro's Arrow a second time, giving Kira's Stand a new ability which revives Hayato. The following morning, Hayato is approached by Rohan, who is investigating whether Kira has assumed Kosaku Kawajiri's identity. After using his Stand to read Hayato's memories, Rohan is blown up by a miniature version of Killer Queen, which had been implanted into Hayato; Hayato suddenly finds himself back in bed on the same morning, one hour earlier. Kira explains that he has used Killer Queen's new ability Bites the Dust, which kills anyone who asks Hayato for Kira's identity and then rewinds time by one hour, with the victim's fate assured regardless of Hayato's attempts to prevent it. The next loop ends with Josuke, Jotaro, Okuyasu, and Koichi all exploding as well; Hayato wakes up once again, and realizes that he must get Kira to deactivate Bites the Dust within an hour in order to prevent the others' deaths from becoming permanent. Hayato realizes that Killer Queen and Bites the Dust cannot be used at the same time, and takes advantage of his solitary knowledge of the time loops to wake Josuke up early and arrange for him to overhear Kira blowing his cover. Kira is forced to use Killer Queen to defend himself, which cancels Bites the Dust just in time to save Josuke and his allies.

Josuke, with help from Hayato and Okuyasu, engages Kira in a pitched battle. Kira combines his Stand's powers with Stray Cat to create invisible projectile bombs. Josuke and Hayato hide in a house, but Kira plants Yoshihiro's photo into Hayato's pocket, allowing him to detect Josuke's location without being able to see him. However, his trick is exposed and Josuke mimics Yoshihiro's voice, tricking Kira into detonating his own father. Meanwhile, Okuyasu separates Stray Cat from Killer Queen, disabling Kira's projectile bombs. As Jotaro, Koichi, and Rohan arrive on the scene, Kira attempts to use a nearby paramedic to activate Bites the Dust and rewind time once more, but he is stopped in the nick of time by Jotaro with assistance from Koichi. An arriving ambulance accidentally crushes Kira's head, killing him. Kira's ghost is confronted by Reimi, who causes his soul to be dragged into the underworld. Her mission accomplished, Reimi gives the group her final farewells and moves on to the afterlife. The next day, Josuke bids farewell to Jotaro and Joseph, who leave Morioh as the summer of 1999 draws to a close.

Diamond Is Unbreakable is set in the fictional town of Morioh located in S-City, M-Prefecture, which is modeled after a specific area in Hirohiko Araki's hometown of Sendai, Miyagi Prefecture.[8] The author said that the suspense and fear caused by the "unusual" and "mysterious" residents there were his inspiration.[9] Although he originally intended for JoJo's Bizarre Adventure to be a "mythical" manga with superpowers and such, he enjoyed drawing the "feeling of everyday life" in Diamond Is Unbreakable.[9] Because he wanted to create a "closed city," the Stands featured were not proactively attacking.[9]

During Diamond Is Unbreakable's serialization, Araki received feedback from readers who felt that enemies in the manga had gotten weak.[10] Although he usually does not respond to reader opinions, he had heard similar comments from the editorial team and so made an exception by stating that "the weaknesses inside the hearts of people" are a thematic element of Part 4. He explained that sometimes he has a character's inner weaknesses drive them into a desperate situation, while other times he turns the weakness into something "dreadful" and bases a Stand off of it. Araki wrote that constantly having stronger and stronger enemies appear in a manga eventually leads you to "trying to think of the farthest edges of the universe", but in the real world, "true strength is found in not doing bad things. An enemy who does bad things is a person with an inner weakness."[10]

With Part 4 of the series, Araki said that he moved away from "muscle men" as they fell out of popularity with his readers and he wanted to focus more on fashion. When designing his characters' outfits, Araki considers both everyday fashion and "cartoonish, bizarre clothing that would be impractical in real life." He also forgoes using specific color schemes for his characters and gives his readers different impressions through various color combinations.[11] Araki said that while he drew several characters in Parts 1 through 3 naked to evoke Greek or Roman gods, he stopped doing it so much with Part 4 to be a "bit closer to home."[12] Because he is the "friend next door" instead of being similar to a hero in a Greek myth like the protagonists of the previous parts, Araki cited Josuke Higashikata as his favorite character in Diamond Is Unbreakable.[9] He cited Shigekiyo Yangu's Harvest as his favorite Stand from Part 4, because, although he finds his "flaws and trashiness adorable," the character picks up stuff off of the ground which is "pretty scary."[9]

Despite the prevalent belief that the manga artist character Rohan Kishibe is believed to be Araki's self-insert, the author revealed that he did not model Rohan after himself, but is fascinated by him. He said that unlike Rohan, he values human life more than art.[9]

In the original volumization, chapters 437–439 are collected in volume 47, listed on the Golden Wind page.

In 2000, it was announced that Otsuichi would be writing a novel based on Part 4. The novel proved difficult to complete; in Kono Mystery ga Sugoi 2004, Otsuichi claimed to have written over 2000 pages, but thrown them all out.[58] Intent on writing a novel that lived up to the manga, it took him until 2007 before The Book: JoJo's Bizarre Adventure 4th Another Day was finally released on November 26.[59] It is set after the events in the manga, and includes illustrations by Araki.

In 2009, Araki wrote the full-color story Rohan au Louvre.[an] The short story was displayed at the Musée du Louvre as part of their 2009 Le Louvre invite la bande dessinée exhibit.[60] The story was later republished in Ultra Jump in 2010. In 2012, Rohan au Louvre was released in English by NBM Publishing under the translated title Rohan at the Louvre.

In 2011, Araki collaborated with the renowned Italian fashion brand Gucci for the short story Rohan Kishibe Goes to Gucci[ao] in the women's fashion magazine Spur.[61]

In October 2015, Warner Bros. announced that Part 4 would receive an anime television adaptation that serves as a continuation of David Production's series adaptation.[63] The series aired in 2016.[3]

Toho and Warner Bros. partnered to produce a live-action film based on the fourth arc of JoJo's Bizarre Adventure that was released on August 4, 2017. Takashi Miike directed the film that stars Kento Yamazaki as Josuke. Both studios planned for worldwide distribution and, with a title of JoJo's Bizarre Adventure: Diamond Is Unbreakable Chapter I, are hoping to create sequels.[64][65] However, the film under-performed at the box office, leaving the possibility of future sequels in doubt.[66]

Anime News Network had both Rebecca Silverman and Faye Hopper review the first volume of Diamond Is Unbreakable. Silverman called the beginning slower and not as instantly engrossing as the previous parts, but felt this allowed Josuke, whom she and Hopper both described as kinder than the previous protagonists, to develop as a character. Hopper stated that Diamond Is Unbreakable is sometimes criticized for a "lack of a strong narrative throughline" in comparison to other parts, but argued that this is one of its greatest strengths as it allows the main characters to "simply be, lending them an amiable humanity that none of the over-the-top archetypes in the first 3 Parts ever had."[69] 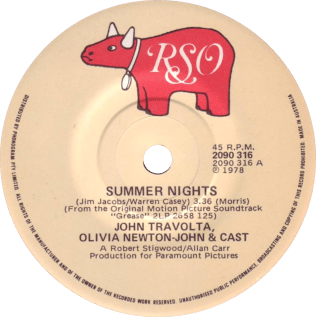 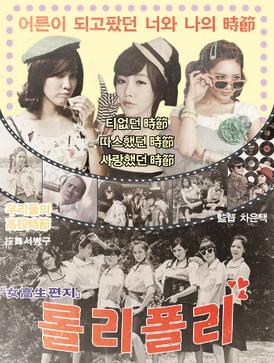